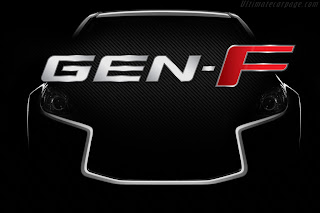 "It was obvious, from the beginning, that we were going to have to adjust our approach, because F Series or F1 wasn't going to work" said HSV Director of Sales & Marketing Tim Jackson.

"We had three basic objectives. Firstly, we needed to ensure we referenced our vehicle's relationship with Holden's VF. Secondly, we have a new generation vehicle so we wanted to use language that people would find easily relatable. And finally, we wanted it to be simple."

Jackson also indicated some of the rumours surrounding GEN-F were on the mark, but was holding confirmation back until the official release date.

"There has been plenty of speculation so you can expect that some of it is accurate. I am just not going to reveal what's accurate today. We will reveal all on May 15, which will be approximately a month before customers will be able to see the vehicles in the showroom".