It's a year ago now that Stacey fitted triple Mikuni HSR42s on the red motor in the J&S Hunter. Mikunis are meant to be good motorcycle carbies and are often found on Harley Davidsons. Motorbike forums continually report increased performance as well as better fuel economy. This convinced Stacey to give them a go. It took a bit of mucking about to get linkages and the manifold sorted but he was pleased with the results and they fitted snugly into the engine bay. Initially there were hassles getting the car to idle but it turned out there was an air leak. He upgraded the pilot jet and took it for a run on 23rd Nov. He was immediately impressed with the instant and light throttle response and noted that they were a definite improvement on the 465 Holley and also better than the triple SUs and the Webers. These improvements were made without yet going on the dyno to get the fuel ratio and jets exactly right. Stacey "had to get his head around the different tuning methods these carbs have". Already he was thinking of Mikunis on the grey motor as well as the Mk4. 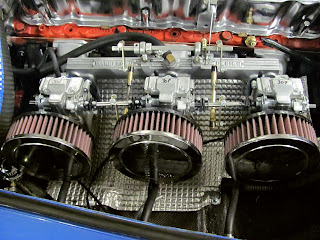 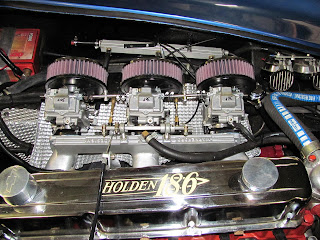 In May Stacey was so pleased with them that he began making plans to use twin HSR42s on the Mk4 and inquiries began coming in for tips on fitting them, including from a guy in Victoria who wanted to use triples on his Torana. 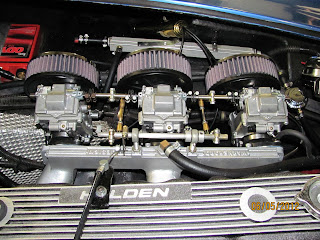 In August the Mikunis were running even better. 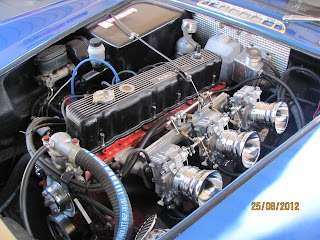 In October the previously mentioned "guy in Victoria", Mick, fitted a set on his LJ XU1 with great results. He used HSR45s as he had a worked 202. Mick reports "the new linkage system works sh... hot. Smooth, no gripping, just goes varoom". 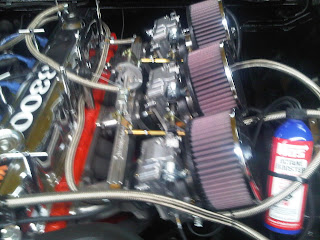 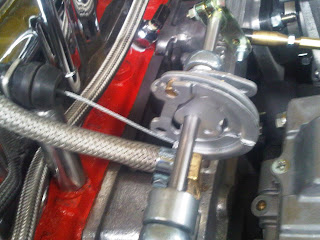 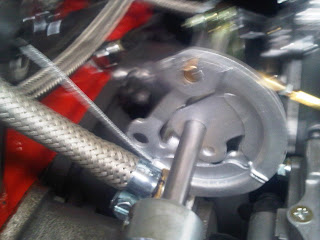 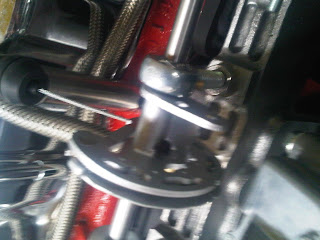 Stacey thinks Mick's throttle system is better than his. Mick couldn't believe his car started virtually straight away and continues to do so. Stacey says this is where the Mikunis are different to other carbies. He can not start his car for 3 or 4 weeks and it will fire up in just a few turns. A very forgiving and simple carb.
The ram tubes are screw on so Stacey has adapted K&N filters to the inner part of the tubes. 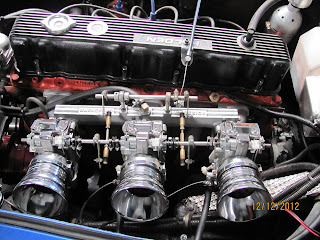 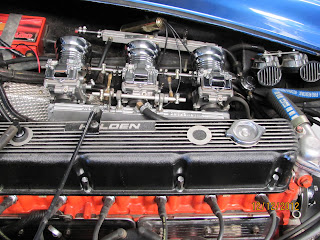 One question if I may...
Where did the "W" clips on the linkages come from.
I need six for a set of triple SUs and can't get the clips anywhere.

also you may have luck for gem parts on ebay-nth qld.
if you have probs let me know . from memory about $25 each

Found some in England.
Thanks.