In April last year we heard from Matt from the Sunshine Coast who had just picked up a pair of basket case Mark 7s after searching for one for about 5 years. He was going to build the Bolwell of his dreams and it looks like he's doing just that. So far I have 14 photos of progress on the car and they make very interesting viewing. Because they take so long to load up at the moment I'll do a few at a time - it'll be a bit of a saga. I think when Matt originally wrote to us he was searching for some history on his cars and I'm sure at the time that we put the word out (to no avail I think) but I can't find any record of that which makes me think that it may have been on the old forum. I went searching on the internet for it but it looks like it's been completely removed now. Anyway, I might have another look at the history aspect after we've done all the photos.

Meanwhile, here's the first of the pics and I'll share some excerpts from a couple of Matt's emails to let him expain the progress on the car (which is considerable).
"I have come a long way with it. It is now looking like a car again after major re-engineering."
"The brains behind the engineering is George May at Racecraft in Qld. I met George about 6 years ago and he has had so much time for me with the build , allowing me to work full time with him on my car in his workshop.....even letting me stay back at night and lock up when I am done".
"It would be good to get some comments on the build and maybe some helpful advice or ideas. I am a new Bolwell owner and was born after the cars were built, so any information is appreciated."
"I wanted to document the build for myself as well as each step of the machining and engineering that George has done, including chassis, fabricated front arms, steering arms (eliminating bump steer), coil-over suspension setup, narrower jag rear, steering, engine mounting etc. etc. ......" 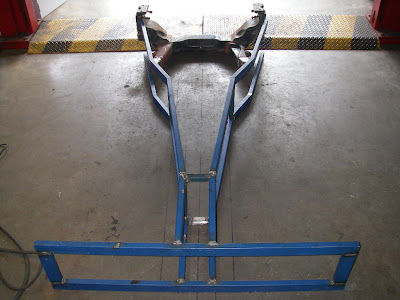 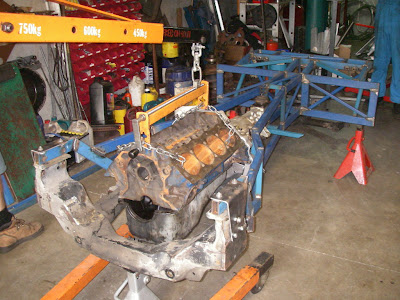 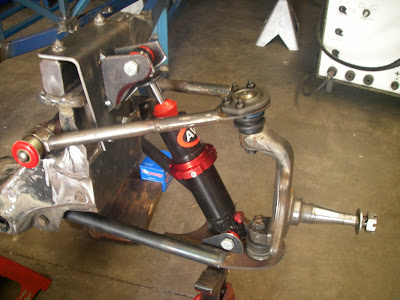 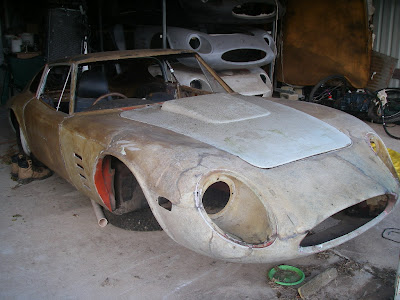 Does the last photo show 3 Mk7's and a Nagari?

Actually the white Nagari at the bottom of the pile is really a Mark 7 body with a Nagari nose. It's all part of the collection of bits and pieces Matt picked up for his project.

The white car is a MK7 convertible with Nagari nose, was it called a 'MK7 sports'??