I've been asked a lot lately what started this whole Bolwell thing for me. I guess we've all got a story to tell but mine goes back to almost pre-Bolwell. I went to Unley High and there were lots of car nuts there. In 1961,62 & 63, the street out the front looked like a vintage car rally had just pulled up. One of the kids' dad was Albert Ludgate who many with a historical bent will know was the designer/engineer for Lea Francis. When that company stopped production, Albert moved to South Australia. Us keen kids were able to go around to his place in Colonel Light Gardens and stand in his tiny garage alongside the house where he built his sportscars (like the Capricornia below) and listen to his stories. I went past his street the other day and noticed that it is called Ludgate Circus. He even sent his son to school in a Lea Francis tourer. 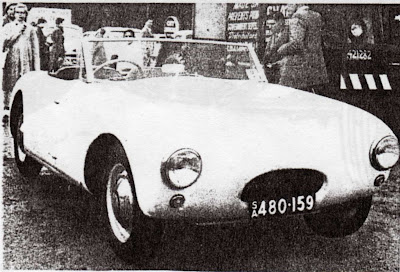 In addition to all that, 2 of the Waye sisters were roughly in my year and their dad, Jack, built a Holden powered sports racer called the Holway. Trips up to Hill Street to see the Holway after school were a treat in those days. This is the Holway below. 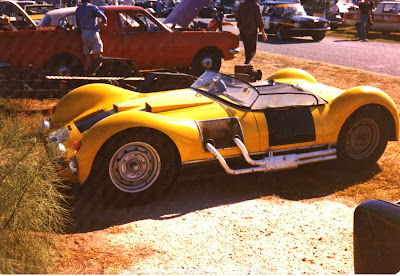 Not only that, one of my classmates, Paul Hetherington, had an older brother, Tony, who used to drive a thing called a Lasos. LASOS stood for "like a shower of s**t" and it certainly went like it. We had a circuit that we used to time each other over which went down Barrelder Road, up the New Belair Road and back down the Old Belair Road to where we started from. It was good because there was nowhere that anybody could take a shortcut. Tony held the record in the Lasos for a long time until "someone better" knocked it off. 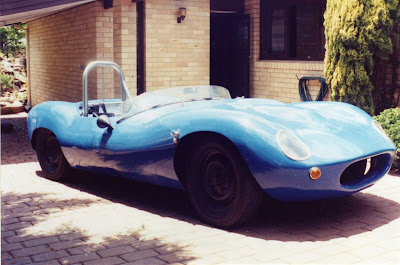 All of these cars used Holden mechanicals and around the country there seemed to be hundreds of these grey Holden powered specials. It was probably inevitable that my first Bolwell, not too many years later was powered by a grey Holden, although I had experienced the 100/4, TR2 and MGTC along the way. These 3 specials and a few others warrant stories on their own - and I'll do it.
Posted by John L at 8:58 PM

I recently came across your blog and have been reading along. I thought I would leave my first comment. I don't know what to say except that I have enjoyed reading. Nice blog. I will keep visiting this blog very often.

Thank you Sharon. Whereabouts are you?

Hi all,
I owned a LASOS (maybe even the one in the pic) for several years in the late 70s and had a heap of fun in it -in part no doubt because it was road registered! I raced it in historic track events and hillclimbs - where it excelled. I had great plans to make a class winner out of it, even getting the late great Gary Cooper of Elfin Cars to tweak the rear end and fitting a fairly well worked over Holden grey motor built by Dean Qualman. Sadly I threw it into a wall at AIR around 1980 and eventually sold it on. Great car! John Hosking