Here's another story about the life of a Mark 7. It started life in 1968 and was first registered half way through the following year. It was built by Ian Knowles, of Oaklands Park, another of that elite group of SA Mark 7 builders I mentioned in that post on the ex-Ken Stratton car. The build cost was $2000. I know this because Ian documented everything. It was in undercoat grey when first registered, but soon ended up Sebring Orange. At that time it was powered by a grey motor from an FB. Two and a half years later, at the end of 1971, it was acquired by Roger Wright from Fullarton, then Leabrook, then Seacliff. Roger was the first secretary of the SA Bolwell club. He worked in an office of the Commonwealth Public Service. These offices had lots of fleuro lights. See the grille. It's actually from a fleuro cover. 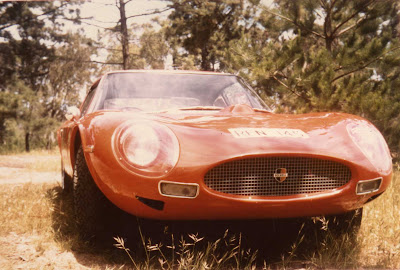 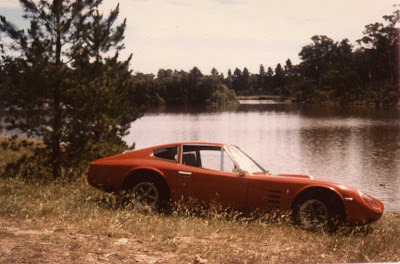 Three years later, in December 1974, Bruce Carter bought it, the first of at least a couple of Mark 7s that he had. That's the same Bruce Carter that is the prominent accountant in Adelaide these days. The next owner was Colin McAskill. I don't know how long either Bruce or Colin had it but Nicholas Taylor, of Semaphore, bought it in July 1976. Six months later he passed it on to Malcolm Haskett who also lived down the Port way. Malcolm was a young mechanic and he set about refurbishing it. It emerged a nice shade of dark green and became powered by a 186 red motor from a HR. 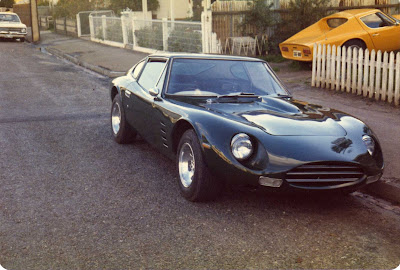 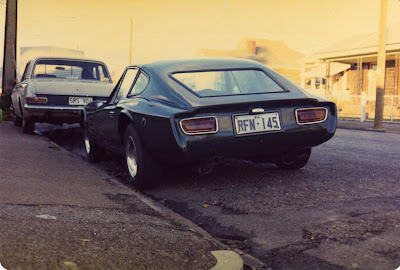 Two years later, Malcolm was bitten by the racing bug and in 1979 he stepped out of RFN-145 to take over Murray Willmott's orange racing Mark 7 as Murray had stepped up to Ron McPherson's white one. Haven't heard much from Malcolm for some time but last I heard he had bought himself a Clubman to race. Brenton Oakley, from Seaton, was the next owner and he had it for a couple of years before passing it on to Wendy Maslowska in 1981. Wendy was Gus Safranko's girlfriend, now wife. She had it for another couple of years until George Mocatta of Hackney bought it. He only had it for about 7 months and Andrew Maschmedt bought it in October 1983. Andrew used it extensively in MSCA sprints as well as being a daily driver. In August 1988 Jon Gutte who was living in Unley Park in those days bought the car and has owned it ever since. Jon and his wife Lisa and their little kids now live in the main street of Lobethal and their front verandah makes an excellent grandstand when the Lobethal GP re-enactment is on. 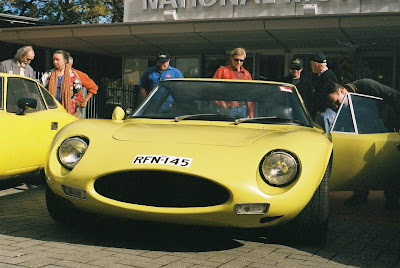 This last photo was taken this year at Birdwood when we went there for breakfast.
Posted by John L at 9:02 PM

Malcolm must have purchased another Orange racing Mk 7 as I purchased Murray's Orange 7 which then went to Geoff Mann who painted it a lovely shade of metallic blue which was featured on the 1978 Bollie calendar and was also mentioned in this blog as
Where is it now No. 6"

I like the flat bonnet. Next year I'm planning on having the first Nagari with a flat bonnet. One advantage of fuel injection.

John,
That would be the second remember the B8 prototype photos with a flat bonnet (not having a carby is incidental). Did any of the 6cyl or the 4cyl cars have flat bonnets?
Peter

Yes, I remember those publicity photos. I've just dragged out a picture of the Colin Sullivan Nagari when it was a 6 cylinder and it had the tiniest of bumps in the bonnet right in the middle.