Talking, below, about all those cylinders etc., what do you make of this engine from Repco? 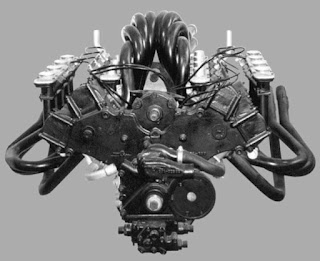 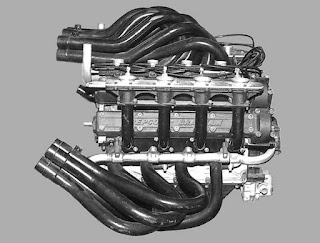 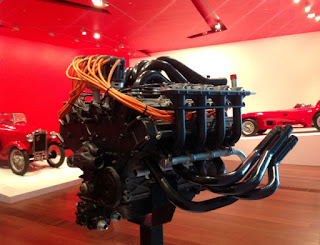 The engine shown is the Repco Brabham 750 V8. This was a development of the 1966/67 F1 winning SOHC engine for the 1968 season. It was DOHC with an unconventional layout four valve per cylinder ‘Type 50’ heads. Each of the cams drove one inlet and one exhaust valve in each of four cylinders. Each valve had its own intake or exhaust pipe. The engine was “encouraging” on the bench but reportedly too difficult to fit into a chassis. A more conventional ‘Type 60’ four valve head was used instead for 1968.