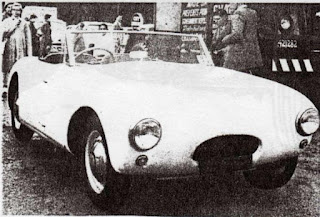 And this is Capricornia 3, later renamed the Ricardian. 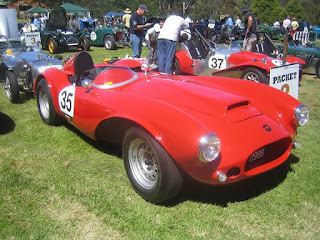 As mentioned before the Capriconias were the creation of Albert Ludgate (in the white shirt). 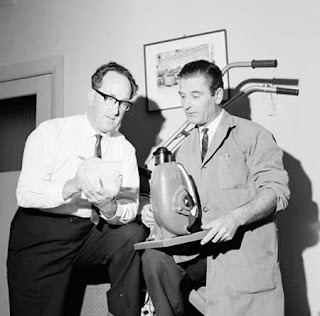 Albert was the designer and engineer at Lea Francis before coming to live in South Australia in the early 50s. As well as the Capricornias he made advanced heads for Austin 7 racers, designed engines for speedcars and made a VW powered Zeta sports for hillclimbs (among other things). Anyway, in 1963 a couple of us Unley High students who used to hang on his every word, witnessed the completion of Capricornia 2.  I wish I had taken photographs. All of these cars were grey Holden powered. Not long after that I saw Ron Tonkin competing in his Triden at Collingrove and recognised Capricornia 2 immediately. I was under the impression that Ron had made only one of those bodies. Well, they were 2 separate cars. Tonkin bodies have been bobbing up from time to time and I think we are up to 6 at the last count and there were probably more. Albert bought outside bodies for his Capricornias. Number 1 was a body from a sports body manufacturer in the Eastern states whose name just won't come to me at the moment, number 2 was a Ron Tonkin body and number 3 was a Buchanan body (shortened a bit).

This is a Tonkin body. 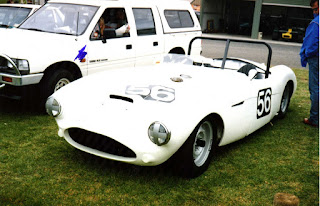