The new orange Nagari has arrived at its destination thanks to Immanuel and his young son Cord (yes, Cord's little sister is Auburn - but would have been Packard if she had been a boy). 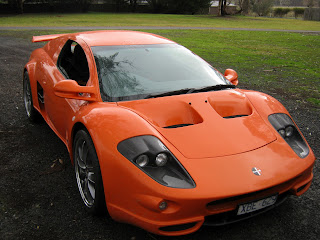 A few of us enjoyed a run around Birdwood's little test track before giving it a wash and dry. 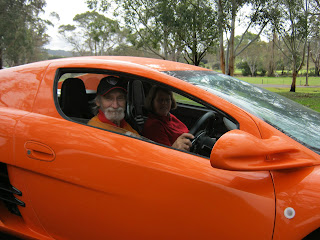 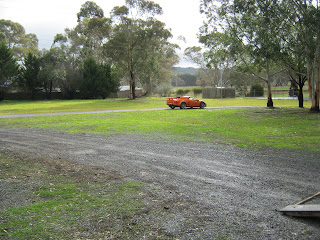 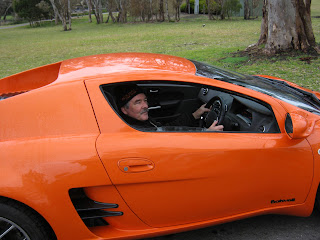 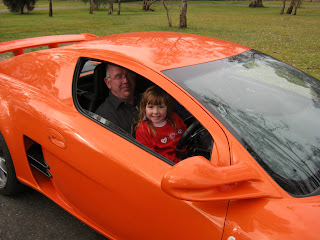 That's Auburn.
Cord's in charge of the hose. 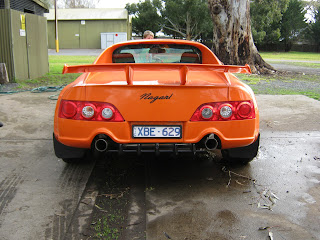 The car was eventually installed in the museum. 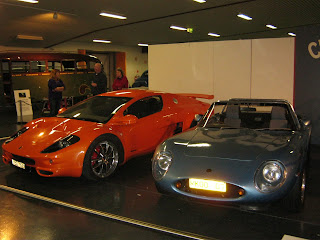 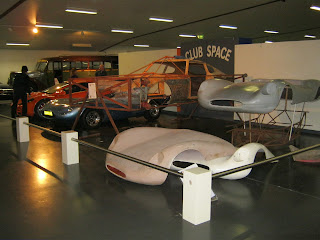 Where it has taken pride of place among some other Bolwell friends. 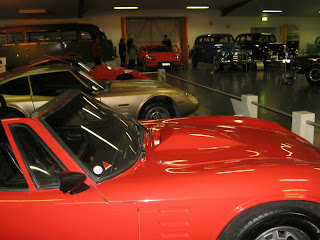 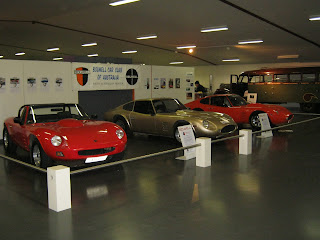 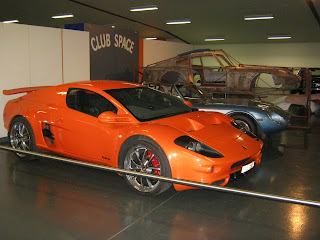 We've been working on the Ikara and the Mark 5. Might get there yet.

Maybe, maybe not. I am impressed with the attention given to panel gap all round really.


hahaha! Gee,that comment takes me back to when I was doing restoration work. It used to puzzle me until I worked out why some people picked on panel gaps when commenting on a body.I'm so glad I don't have to listen to that anymore :)

I mentioned the panel gap because this is a $200,000 car. It's not a MK7 throw together in someones back yard circa 1968 where near enough is good enough. $200,000 puts this car up amongst some serious competition and for that sort of money you expect perfection or very bloody close to it.

You also said "it used to puzzle me until I worked out why some people picked on panel gaps when commenting on a body". Please go ahead and tell us why. Were their expectations unrealistic or was your work of a poor standard?

I see I stepped on a corn! Tell us who you are and I might let you know :)

Previous comments not me but I think the key issue is that this vehicle is not a $200,000 car no matter what the asking price is. A competitor to a Cayman or Boxster? In your dreams! Sleek? Nope. Fast? Haven't seen an independent road test. A good effort but just a whacky pricing point. I have owned a few Bollies so committed to the marque and flew 9,000 km to see the silver one at release but could not understand the focus on $200k when clearly not competitive at that price point . If could not be built n sold profitably for under that then it becomes a commercial decision and maybe an advertising promotion for the company. Col